Garden weeders are essential tools for anyone who enjoys gardening. Gone are the days of backbreaking labor in the garden beds and lawn, pulling out weeds by hand. Now there are many tools available to help keep the weeds at bay, while leaving you with enough time and energy to enjoy the fruits of your labors. Here we look at the top 5 garden weeders available today, to help you decide which will be your best option.

We believe the Fiskars 3 Claw Garden Weeder is the best garden weeder you can buy today - the combination of a competitive price, sturdy construction and the backing of a lifetime warranty are unbeatable in our opinion.

See our guide to learn how to use a stand-up weeder.

The Best Garden Weeders in Comparison

Serrated, stainless-steel claws penetrate tough soil to grab weeds by the root for clean removal, and an easy-eject mechanism on the handle clears the head between uses. An extra-long handle helps you reach every weed without sore knees from kneeling or back strain from bending. The foot platform makes it easy to step down and maximizes force to penetrate tough soil. ​Check out the demo below:

Thanks to the Rocket Weeder, removing dandelions and other tenacious weeds is a job you no longer have to take sitting down. The Yard Butler Rocket Weeder weighs just over 3 pounds and features rugged steel construction with a powder-coated finish for reliable performance year after year.

To use it, simply position the 's jaws over the center of the weed and step on the foot pedal; they can grab the roots located under the ground. Then use the ergonomic handle to rock the Rocket Weeder back toward you. The most stubborn weed slips effortlessly out of the ground. Press the ejector handle and the weed falls effortlessly into a bucket or a neat pile to pick up later.

In a matter of seconds, the job is done. Your hands are clean, and you haven't disturbed nearby plants. Dare we say it, weed pulling can actually be sort of fun, not to mention thoroughly satisfying as the yard and garden become quickly transformed into a weed-free paradise. 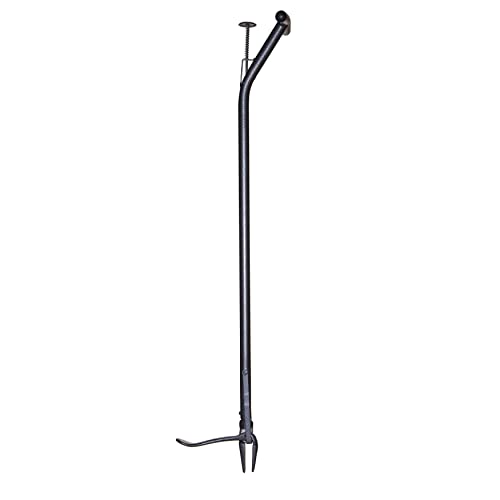 Designed to multiply your strength several times, the Rocket Weeder eliminates strain and prevents back and knee injuries that can be a common hazard with other methods of manual weed removal. Now, anyone can tackle the biggest, nastiest weeds. The Rocket Weeder measures 10 inches long by 5 inches wide by 37 inches high and carries a limited lifetime warranty. 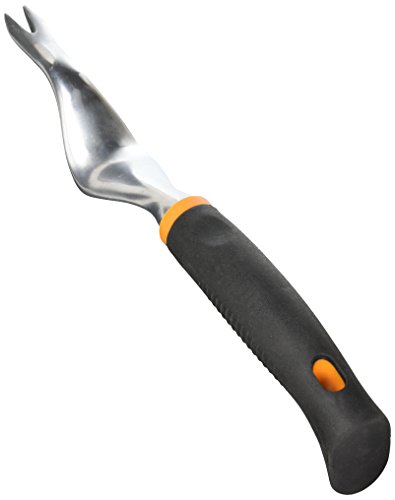 The Fiskars Softouch Weeder is another small, handheld tool. Unlike the prior two weeders it cannot be used standing up, but this sturdy little weeder still saves a lot of effort. ​ The head shape is a uniquely designed blade that boasts a forked tip. The built-in curvature of the blade allows you to get down to those deep-rooted weeds. This increased leverage provides many benefits including less hand fatigue. ​

This weeder is constructed of a quality, durable cast aluminum alloy, preventing it against rusting. As suggested by its name, the weeder has a soft touch handle which is contoured for extreme comfort. ​ This one is a very popular choice altogether. Similar to most Fiskars weeders, the manufacturer provides a lifetime warranty. See the video below:

The designers at CobraHead built this Weeder & Cultivator for digging, planting, weeding, and other chores. The tough steel blade acts as an extension of your hand, with a sharp steel "finger" that pulls up weeds by the roots. With this tool, you can break up the hardest of soils and grab weeds from tightest of spots.

The tool head material is self-sharpening steel with a zinc coating. The handle is eco-friendly recycled plastic and wood fiber. CobraHead back this weeder with a 12 month warranty. Check out the demo below: 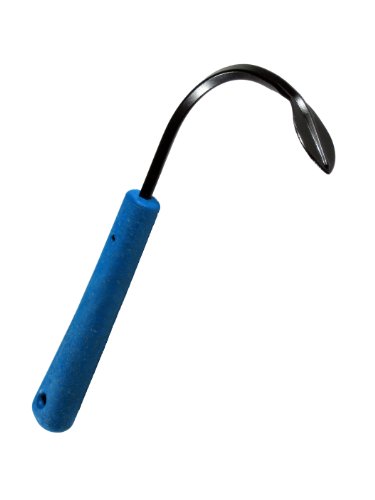 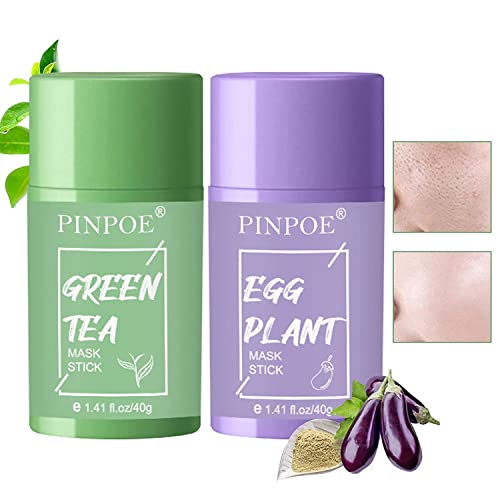 This hand weeder has a somewhat similar design to that of the Fiskars Softouch weeder; it has a curvature supporting the straight stainless steel head. It is specially designed this way to make it ‘bend-proof’, enabling it to withstand accidental bumps against rocks. Weighing only around half a pound with the 15-inch long shear, the weeder is pretty sturdy overall.

It works well with removing weeds like thistles and dandelions, even from the roots. The handle is made of Polypropylene (PP) plastic and Thermoplastic Rubber (TPR), making the grip soft and non-slip. The weeder comes with a 10-year warranty. Overall, its build, price and warranty, makes it totally worth buying.

See the video below:

The different types of weeders

There are several types of weeding tools out there presently and the primary difference to categorize them is the length – short handle weeders and long handle weeders. The first one is, as the name says, is short with an average length of 12 to 15 inches and is intended to be used kneeling down. They are more suited for small, tightly spaced garden beds and for precise tasks. The latter, however, does not require you to work bending down and varies in length. They are designed with mechanisms which allow you to remove weeds standing up and is fitted for longer hours of gardening.

Weeders are further categorized according to their design and functionality. Let’s start with the short handle kinds first.

Sickles are one of the most basic gardening tools that has been around for a long time and is widely available all over the world. Its flat blade is shaped like a hook and varies in size and length. Although primarily used for reaping and harvesting, the sickle is a versatile tool which can function as a weeder as well.

Cobra-head weeders are shaped similar to sickles, except that unlike the crescent shaped head of a sickle they have thin, almost cylindrical, curved head with a flat, leaf-shaped tip; just like the position when a snake is about to strike. They are thrust into the soil behind a weed and pulled towards the user to lift off the plant from the ground.

Fishtail weeders or Scratch weeders are next. It has a long, thin, cylindrical shaft with a small, flat, tip that has a V-shaped edge. Some weeders have a curved shaft instead of a straight one and some have a straight shaft with a curved part attached to it. This is mainly targeted to remove dandelions, the curved part acts as a leverage to lift up the plant. It is inserted into the soil at an angle and the handle is forced down to extract the weeds out.

Cape Cod weeders, similar to cobra shaped ones, are weeders especially helpful for removing weeds in crowded spaces. But instead of the curved shape, the tip bends at an almost-sharp angle – like an L shape. The tip of the head is flat as well. This weeder type is also available with a long handle with which you can work standing up.

Paving weeders are particularly nifty in removing the pesky weeds popping up through cracks on pavements. They have a flat, L shaped blade and comes in varying sizes, including the short one like that in the picture, as well as moderately sized ones like other conventional weeders. Like the cape cod one, paving weeders also have long handled versions.

Now for the long handled weeders, there are many different models and designs for such weeder, with the key difference lying in the mechanism of removing weed. Most commonly known as stand-up weeders or weed pullers, these tools are long, with varying head types, and enable you to work on your garden ‘standing up’.

Stand-up weeders can have plain heads of various shapes or can have claws of varying numbers. The ones with plain heads are used almost like a shovel, the difference being a lesser amount of soil taken out as the tips of these weeders have a lesser area than that of a shovel’s.

As for weeders with claws, they differ from the above mentioned type by having leverages along with, the obvious, claws. Different models have different mechanisms and features, but the basic is the same for all – holding the handle, you penetrate the soil with the claws surrounding the weed, step on the leverage and pull the tool out. The claws come out gripping the weed planted in a chunk of soil. This system enables the tool to a much more precise job rather than digging out an excess amount and disrupting adjacent bedding.

There are several other versions of weeding tools available, along with an assortment of gardening tools with which you can take out weeds, on top of their intended function. Which one in particular will serve you best depends on your garden and its needs.

As mentioned earlier, choosing the correct type varies person to person and depends entirely on an individual. No one tool can get all sorts of weeding done; you might have to invest on more than one, if you are to fully tackle those unwanted visitors. Nonetheless, below are few factors that can help you narrow down on the necessary type / types:

1) The area where you will be weeding: Be exact – around perennials or plants in certain alignments, between elevated or ground level beds – designate a certain tool for a certain location.

2) Soil type: Determine whether the soil is soft or loose, hard or unbroken. And also whether there are too many rocks or not.

3) Size of the weeds: It is important to verify how far you allow your weeds to grow before you decide on evicting them. The type varies on account of the size and density of the weeds.

4) Physical exertion: Last but not the least, how much you can endure is a crucial factor. If you can manage getting down and dirty with no back pain, you might not have to spend more than those who cannot withstand such pressure and rather work standing up.

Be sure to look into these points before buying a weeder and whether the product meets your requirements among the above mentioned points. But to sum it up, it can be said that for tightly spaced beds and small garden areas, it is better to go for short handled weeders, given you can bend down. Otherwise, for larger areas and to avoid back pain, stand-up or long handled weeders are necessary. That will be the first thing to decide – working standing up or bending down. Once decided, move on to the head type.

Since dandelions are one of the most prevalent, there are many tools targeted towards it and the most common type is the fishtail or scratch weeder. If your soil hard and has rocks, opt for the curved head one. And for any tool, always determine the soil type first so that you don’t hit any tough place with excessive force, rendering your tool bent or broken. Choose the weeder with appropriate strength.

For weeds growing out through narrow cracks, paving weeders are just the right tool. It is better not to meddle with something else in this case, as you might inadvertently bend any other tool with thicker heads while working on pavements.

If you tend to do your weeding with long intervals and they tend to cover large areas, settle for tools with larger heads so that you can cover more area at once. For plants placed in rows or for areas between beds, tools with defined heads are suggested, so that you don’t accidentally dig out any desired plant or vegetable. Cape cod weeders and cobra head weeders are suggested for such crowded ​beds.

Do you own any of these weeders? Did you choose a different model? Let us know in the comments below.

How To Add Compost To Existing Plants